Castle Mill in Oldham was spooky enough, but even after a move to Lorne Mill in Farnworth near Bolton there have been more ghostly goings-on at M&W Freight…

We’re the Total Forwarders, but being located in large Victorian mills means there’s always plenty of history lurking on the storage floors, along the corridors and in the basement.

And before we start, the people who work hard in our warehouses and logistics hubs are tough cookies. They don’t frighten easily.

Well, until the M&W Freight ghosts began making themselves known!

As far as M&W Freight staff are concerned, it all started back in 1995. There could be more tales from earlier years, but this is the first one that came to light.

M&W Freight operated storage and transportation services out of Castle Mill in Oldham, an incredible building that dated back to the 1890s. A partner company, PRS (Pre-Retail Services) also operated from this historic site.

It was 2am one wet and windy night. Production and logistics services had finished several hours earlier. It was grim weather and the rain rattled the corrugated roof of the main building.

Suddenly, the intruder alarm sounded. The site manager was alerted and he called an engineer to come and check the system.

Nothing to see here!

On site, it was eerie. There was nobody about, just the gale blowing and the sound of the sirens mounted around the building. There was no sign of a break-in.

Two cold and tired figures walked through the offices, storeroom and packing areas. Nothing.

Then, from nowhere, some whistling.

The site manager looked around. There was just the alarm engineer peering out from another room. “Was that you?” he asked. “No. I thought it was you,” replied the site manager.

Then it came again. A whistled version of “Green Sleeves” coming from somewhere in the building. The two men froze and looked at each other again.

The ghostly whistling tailed off and stopped. They were wary at first, but the on-call pair hunted high and low. Nothing. There was nobody else on the premises.

The site at Oldham was eventually identified for redevelopment. M&W Freight moved on, finding another Lancashire location – this time in Farnworth, near Bolton.

Lorne Mill is a great example of the mills that populated the Bolton skyline for over a century.

One night there was another alarm call. This time it was a pleasant evening, no downpour and thankfully not in the middle of the night. There was even a skeleton crew despatching orders from one of the loading bays.

Still, the control panel showed that one of the sensors had been triggered. It needed to be investigated.

But there was a problem. The engineer who arrived had been on site before. H stopped at the third floor. He didn’t even put a foot on the steps that led to the top level.

“No way,” he said the site manager. “That floor is haunted. You go and check it.”

The site manager didn’t know what to say. He’d heard the odd story but never seen anything himself. Still, someone had to assess the situation before they reset the alarm panel. So up he went, tentatively, determined to prove the engineer wrong. “Haunted, indeed,” he muttered to himself.

The fourth floor was dark and gloomy. There was lighting, but as the top level was only used for occasional storage there were only a few fluorescent tubes casting a subdued light across the floor.

There was nobody to be seen, but something made the site manager stop in his tracks. He sniffed, looked around again, and then frowned. He could smell smoke!

His initial thought was fire. But it wasn’t. It smelled like a tobacco. He looked around, pulling out pallets and checking every store room. Nothing, just a pleasant aroma of a fine pipe tobacco.

Downstairs questions were asked. Everyone was on the ground floor. Besides, nobody smoked. The shift manager confirmed it. None of the team that evening had ever smoked!

The mystery was never solved. There have been sightings of a figure and others have heard movement from the fourth floor when there was nobody up there working.

Even now, years later, there are members of staff who avoid the top floor. Could the Victorian Lancashire mill’s ghostly stories really mean it’s haunted?

Who you going to call?

We’re not quite a team of ghostbusters but we know plenty about freight forwarding.

If you need help organising shipping, warehousing or other aspects of freight processing and fulfilment, get in touch with our friendly Manchester-based team: 0161 905 0400 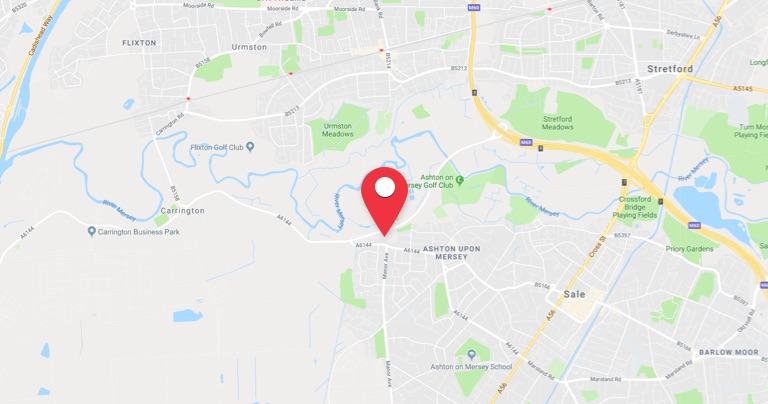